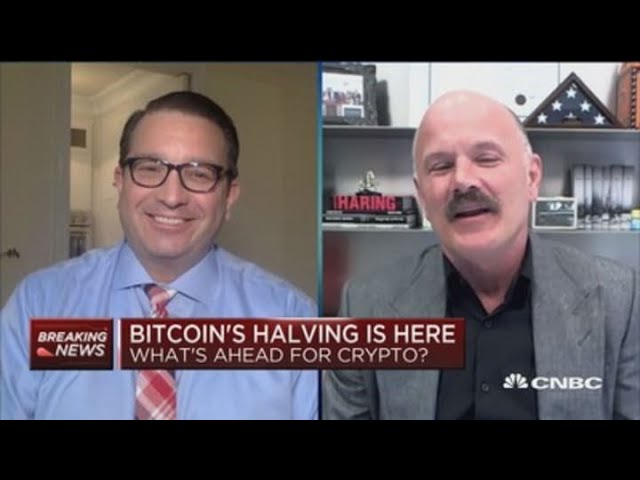 The halving is here: Will it boost bitcoin prices?

Bitcoin faces a key technical event Monday known as the “halving.” Due to take place later in the day, industry insiders are debating what effect it might have on the cryptocurrency market.

So what is the halving? You can think of it as an update to the underlying network that logs all bitcoin transactions. There are so-called “miners” on this network with specialized computing rigs competing to solve complex math problems to validate bitcoin transactions. Whoever wins that race gets rewarded in bitcoin.

On Monday, the amount of bitcoins rewarded to those miners is set to get cut in half. This is something that takes place roughly every four years to keep a lid on inflation. The current reward stands at 12.5 bitcoins, or BTC, so that will now be reduced to 6.25 BTC.

Unlike fiat currencies like the dollar, there is no central bank that manages the supply of bitcoin or its inflation rate. Instead, this is maintained thanks to a rule written into bitcoin’s code by pseudonymous inventor Satoshi Nakamoto.

The total number of bitcoins that will ever be mined is capped at 21 million. Rewards to bitcoin miners keep halving until they reach zero. Bitcoin bulls say that this scarcity is part of what underpins the cryptocurrency’s value and make it a potential “hedge” against currencies that are vulnerable to devaluation in times of economic crisis.

“With its finite and scheduled supply and decentralized architecture, BTC, in particular, offers the certainty needed in times like these, and will likely become a new safe-haven asset class,” cryptocurrency lending start-up Nexo wrote in a note last week.

How could prices react?

Investors are likely to closely watch the reaction of bitcoin and other cryptocurrency prices to the halving event later in the day. Some believe the event has been mostly priced into markets already, but there are others who think it could boost prices.

The past two halvings led to opposite short-term price movements, according to British bitcoin exchange CoinCorner. Bitcoin climbed 7% one month on from the first halving event in 2012, but slipped 10% a month after the second one in 2016. However, the price rose 944% six months on from the 2012 halving and 38% in the same period in 2016.

“While many anticipate bullish movements post-halving, we believe the supply shock that comes immediately after the halving event should have limited impact on price in the short term,” Lennard Neo, head of research at Singapore-based bitcoin index fund provider Stack, said in a note Thursday. “As the block reward for miners decreases, there will be a time lag as miners (supply side) reposition towards market equilibrium.”

Turn to CNBC TV for the latest stock market news and analysis. From market futures to live price updates CNBC is the leader in business news worldwide.