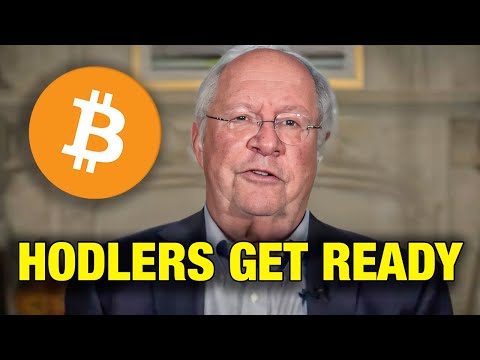 Bitcoin has taken a dip, falling below the $40,000 resistance level. Despite the immediate volatility of Bitcoin, there is an overall bullish outlook. Bitcoin has shown a glimpse of its features during geopolitical turmoil, as Countries and Civilians alike have turned to the leading cryptocurrency when the quote/unquote “traditional system” has presented challenges. This alone has turned many notable skeptics into believers just within the last month. Legendary Billionaire Investor, Bill Miller, a once skeptic turned bull, took to CNBC to express his even more bullish outlook for Bitcoin. On CNBC Squakhawk, Miller suggested that the current collapse of Russia’s fiat currency, the ruble, is “very bullish for bitcoin” as the flagship cryptocurrency’s value is determined by global supply and demand and could see other countries decide to use it as a reserve asset. The Ruble collapsed earlier this week, after Russia’s central bank more than doubled its key interest rate to 20%, sending the currency to a record low on Monday. This comes after a weekend that brought strict new economic sanctions from the U.S. and the European Union. The reaction by Russia has been to pile into the cryptocurrency, particularly Bitcoin, as it cannot be controlled by Sanctions, is borderless and there are no central authorities to block transactions. As Bitcoin surpassed the $44,000 resistance level mid-week, it became the 15th most valuable currency according to coinmarketcap.com. Now, we know that many laser eye HODLERS will argue that statement, clarifying that Bitcoin is not a currency, but an asset. Regardless of semantics, the overall premise here is what Michael Saylor has been alluding to for quite some time now which is that many countries are going to wake up, realize their currency is sh*#&t and will pile into Bitcoin. This is the same message Bill Miller is now alluding to.
▬▬▬▬▬▬▬▬▬▬
🎵BACKGROUND MUSIC licensed through AudioJungle & Epidemic Sound

🎥FOOTAGE licensed through VideoBlocks and Filmpac, except parts about the topic that have been used under fair use.
▬▬▬▬▬▬▬▬▬▬
FAIR-USE COPYRIGHT DISCLAIMER
Copyright Disclaimer Under Section 107 of the Copyright Act 1976, allowance is made for “fair use” for purposes such as criticism, commenting, news reporting, teaching, scholarship, and research. Fair use is a use permitted by copyright statute that might otherwise be infringing. Non-profit, educational, or personal use tips the balance in favor of fair use.

-This video has no negative impact on the original works (It would actually be positive for them)
-This video is also for teaching and inspirational purposes.
-It is not transformative in nature.
-We’ve only used bits and pieces of videos to get the point across where necessary.